Dr. Vafa at Smile Angels of Beverly Hills believes in a holistic approach to dentistry. Therefore, he focuses on the use of biocompatible and durable materials to contribute to whole-body wellness. One of the foundations of holistic dentistry is using fillings and composite material that are safer than outdated amalgam fillings that can leak mercury.

Our amalgam-free office offers holistic safe mercury amalgam removal technique for Beverly Hills and Los Angeles residents. The goal is to protect your health and reduce the risk of potential health complications from mercury exposure. In Addition, we only offer mercury free fillings.

What Is Safe Amalgam Removal?

In order to remove the mercury fillings, traditional dentists may use the drill and fill process. This means the dentist drill out the old filling and refill it. However, at Smile Angels of Beverly Hills, we use a safe mercury removal technique. Because, drilling an amalgam filling actually releases a large amount of mercury vapor and particulates.

You should consider the health risks of leaving amalgam fillings in your mouth. Our patients come to us for safe amalgam removal for many reasons. Dr. Vafa believes mercury fillings are toxic and may cause health issues. There are many dangers related to mercury fillings.

Therefore, Dr. Vafa recommends to safely remove them from your teeth. In addition, he may use rubber dams for additional protection during the procedure.

Metal fillings may contain up to 50% mercury. It's a fact that mercury is a toxic metal and may cause many health complications. According to a research done by the University of Washington, mercury fillings may cause brain damage in long run. Therefore Dr. Vafa recommends removing your dental fillings and replacing them with safe and bio-compatible dental materials.

In addition, according to The International Academy of Oral Medicine and Toxicology, there is serious health risks associated with mercury fillings. 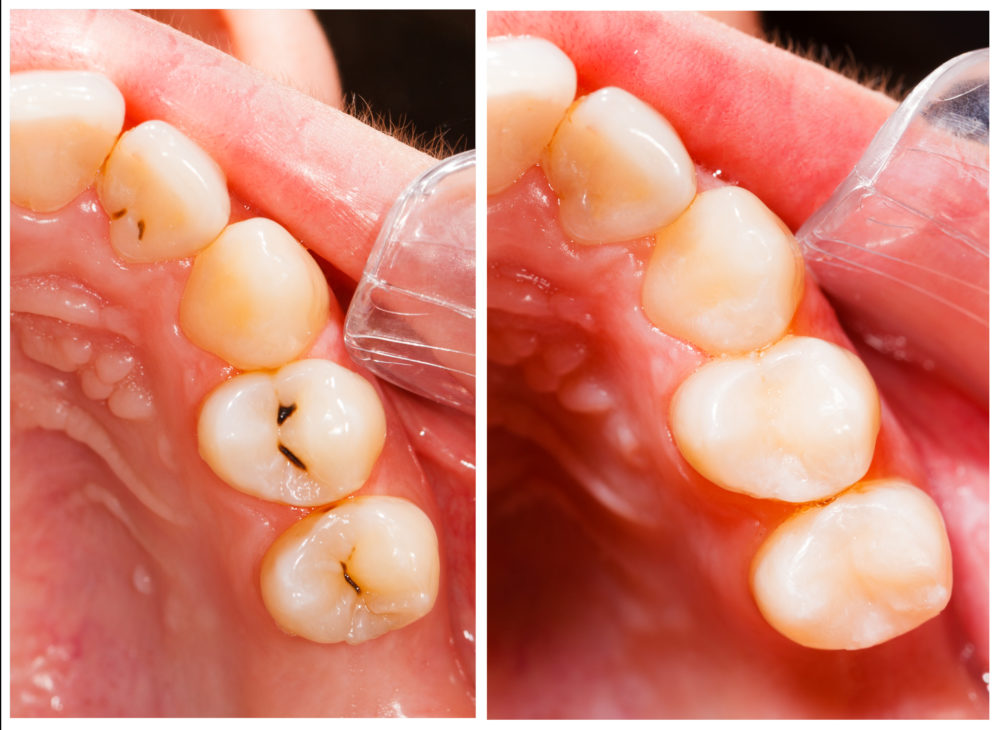 One of the biggest concerns with mercury amalgam fillings is that silver fillings are about 50% liquid mercury. Mercury is a highly toxic substance. Many old school dentists may use Mercury because it's a liquid at room temperature and easily bonds with alloys. Such traditional dentists from the past, believe that amalgam fillings are inert and no mercury would be released from a filling.

New studies and researches from different universities and FDA suggest this isn't the case. For example, the FDA has found that amalgam fillings release small amounts of mercury vapor which is inhaled.

There is controversy about whether amalgam fillings are safe and there is low risk of mercury exposure from a filling. However, Dr. Vafa at Smile Angels believes in taking every possible precaution to deliver safe, holistic dentistry. It's better to be safe than sorry when it comes to your health.

Mercury fillings have a life expectancy

Metal fillings work differently than composite fillings or bonding which bonds to the tooth itself. In addition, Amalgam fillings merely pack a cavity and only last up to 10 years. As the filling wears away, it allows bacteria to move under the filling to cause tooth decay. By the time you notice, a new filling may not be an option: you may need a crown instead.

It isn't just mercury that poses a concern with amalgam fillings: the metal also contracts and expands with changes in temperature. While drinking something hot, the amalgam will expand and strain the tooth. On the other hand eating something cold, the metal contracts and creates tiny gaps between the tooth and filling. This can contribute to tooth fractures and decay.

An amalgam filling only works to fill a hole in you tooth; it doesn't bond with the tooth itself. A composite filling bonds directly with the tooth to strengthen the structure of the tooth and prevent an uneven distribution of force when biting.

Of course, even if you aren't concerned about mercury and the potential health risks of amalgam fillings, aesthetics may also be a concern. Composite fillings look just like your natural teeth and are practically invisible to truly restore your teeth.

While safe amalgam removal takes a bit longer than traditional filling removal, Dr. Vafa believes it's worth the extra effort to put your health first.
After safe mercury removal is complete, your Beverly Hills dentist will replace your amalgam fillings with safe, biocompatible composite fillings, crowns, or inlays. Composite material looks just like your natural tooth and bonds with the tooth for superior protection and a beautiful, natural-looking, and healthy smile.

At Smile Angels of Beverly Hills, we take the safe amalgam removal process a step further by incorporating ozone therapy. It is a safe and effective solution that helps disinfect your mouth to reduce the risk of infection during your procedure.

Ozone is made up of three oxygen atoms instead of the two oxygen atoms we breathe. You should also know that in the atmosphere, ozone binds with atmospheric pollutants because it works to filter out "bad" particles.

Ozone is negatively charged and attempts to neutralize anything with a positive charge, including bacteria and virus cells in the mouth. In the mouth, O3 becomes O2 and the remaining oxygen atom works to kill bacteria and disinfect your mouth.

We use ozone therapy for a variety of dental procedures including safe mercury removal.

At Smile Angels of Beverly Hills, we strive to make dental care as affordable as possible. We offer consultations and pre-treatment evaluations with custom treatment plans and individual cost estimates. Dr. Vafa will work with you to understand your insurance coverage. In addition he will help you understand what your insurance will and will not cover to make informed treatment decisions.

We also offer affordable financing for safe amalgam removal through CareCredit. This medical financing solution can be used to pay for any treatments with low monthly payments to make safe mercury removal as affordable as possible.

Where to Find a Holistic Dentist for Safe Mercury Removal

Looking for affordable and safe amalgam removal near Beverly Hills, California? Smile Angels is proud to offer a safe mercury removal protocol based on a holistic approach to dentistry. Our state-of-the-art dental office is equipped to perform dental amalgam restorations and filling replacement. Dr. Vafa's goal is to support your overall well-being and reduce the health risks of mercury vapor exposure from outdated and potentially unsafe amalgam fillings.

Are you in or near Los Angeles, CA and considering safe mercury removal? Contact Smile Angels today to schedule your consultation and pre-treatment evaluation.  You will find out how we can improve your smile and health by replacing your silver fillings with composite material.